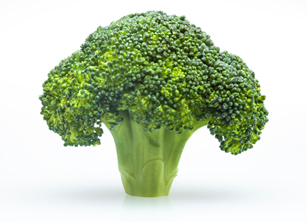 This was reported in a ten-page article in the German medical journal Deutsche Zeitschrift für Onkologie. Prof. Dr. rer. nat. Ingrid Herr of the Heidelberg University Hospital reports on the effect of sulforaphane on tumour stem cells:
“We were the first in the world to show in laboratory tests and tests on mice that sulforaphane also attacks the especially aggressive tumour stem cells in experimental models of pancreatic cancer, thus making it more sensitive to chemotherapy. According to the hypothesis, tumour stem cells are responsible for the emergence and spreading of cancer. They survive conventional chemotherapy and radiotherapy. As normal tumour cells are more sensitive, they die in these therapies and the growth often becomes smaller, especially during the first therapy cycles. As the tumour stem cells remain, however, they can develop the tumour once more. We even see tumour stem cells accumulating during repeated treatments with the result that the tumour becomes resistant after several therapy cycles. A diet rich in vegetables containing sulforaphane could therefore counteract such an accumulation of tumour stem cells.”

This dose was calculated based on a formula used by vets for the conversion of drug doses for different animal species. The result of 25 mg of sulforaphane is lower by approximately a factor of 10 than a dose which one would directly extrapolate from the body weight of a mouse and apply to humans. We do not know the exact dose that is most suitable for the treatment of cancer patients. Epidemiological studies indicate that a therapeutic dose of sulforaphane and related substances can be taken as part of the normal diet rich in cruciferous vegetables.

US Study: Broccoli could help in the fight against leukaemia 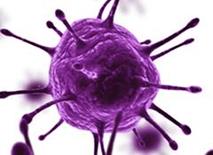 Broccoli and other cruciferous plants could help in the fight against leukaemia. The vegetable contains a concentrated form of sulforaphane which could benefit the treatment, reported US researchers in a recently published study. As early as ancient times, cruciferous plants like broccoli were known for their therapeutic effect caused by sulforaphane, also known as ‘mustard oil’. According to the new study published in the online journal PLOS ONE, sulforaphane is able to reduce the number of acute lymphoblastic leukaemia cells in the body. The findings built on previous studies, which showed that sulforaphane is a natural compound in broccoli and can have preventative and therapeutic properties in high grade tumours. With the consent of the parents, researchers took samples of cancer cells from the bone marrow of children suffering from leukaemia and inserted healthy and frozen lymphoblast cells in undefined quantities together with cleaned sulforaphane in order to examine the effect of the compound. The researchers discovered how sulforaphane combined with different proteins, thereby killing diseased cancer cells without affecting the healthy cells.

Other studies in preclinical models also showed similar results
One of the leading physicians in this research area, Dr Daniel Lacorazza from the Baylor College of Medicine in the US, explained that people who have a diet rich in cruciferous plants are at a lower risk of contracting cancer. However, the researchers emphasised that, despite the positive effect of such a diet, it could not achieve the same effect that purified sulforaphane did in the laboratory tests. The study went on to state that there were unfortunately only few possibilities of testing this effect directly in leukaemia patients. “There have not been definitive studies showing how this compound interacts with blood cancers,” said Dr Lacorazza. Although research requires additional tests, the physician believes that the compound could one day be used as a treatment option in combination with existing therapies.

Additional research projects
In the meantime, it has been shown that another substance of broccoli, polyphenol quercetin, also acts against pancreatic tumour stem cells and thus complements the effect of sulforaphane. The most recent experimental data of other research teams have shown that many other plant substances could counteract tumour stem cells. In future, more nutritional ingredients that have an effect on tumour stem cells will surely be discovered, but this will require intensive research.

Tropaeolum as broccoli contains so-called mustard oils
The efficacy of Tropaeolum is based on different mechanisms of action: firstly, a direct antibacterial, antiviral and fungistatic by glucosinolates, which release isothiocyanates (mustard oils). The mustard oils are completely absorbed already in the small intestine, so far neither of resistance nor damage to the body's intestinal flora was observed. On the other hand bacterial toxins are inhibited or inactivated in their synthesis, as well as the human organism by nonspecific irritation in his immune defense.

Scientific findings are subject to constant change. Although the utmost care was taken in editing this website, errors cannot be entirely ruled out. The details provided in this Internet publication are intended exclusively to communicate general information to the public. The details provided on this website are general and non-binding statements that should not replace a visit to the doctor or nutritional advice. This website is not intended for the purposes of self-diagnosis or self-medication. Under no circumstances shall the author be liable for any losses or damage that may arise for users who rely exclusively on information they obtained within the framework of this website. The author uses links to refer to websites of other organisations and institutions. These links are intended as a reference for users to support them in their search for information. However, the content of and posts on websites to which this website links do not necessarily reflect the opinion of the author. Websites or servers to which this website refers via a link are beyond the control of the author. The author assumes no liability whatsoever for the content of linked websites. In the event that linked websites contain any illegal content, the author expressly dissociates himself from such content. Any liability is excluded.